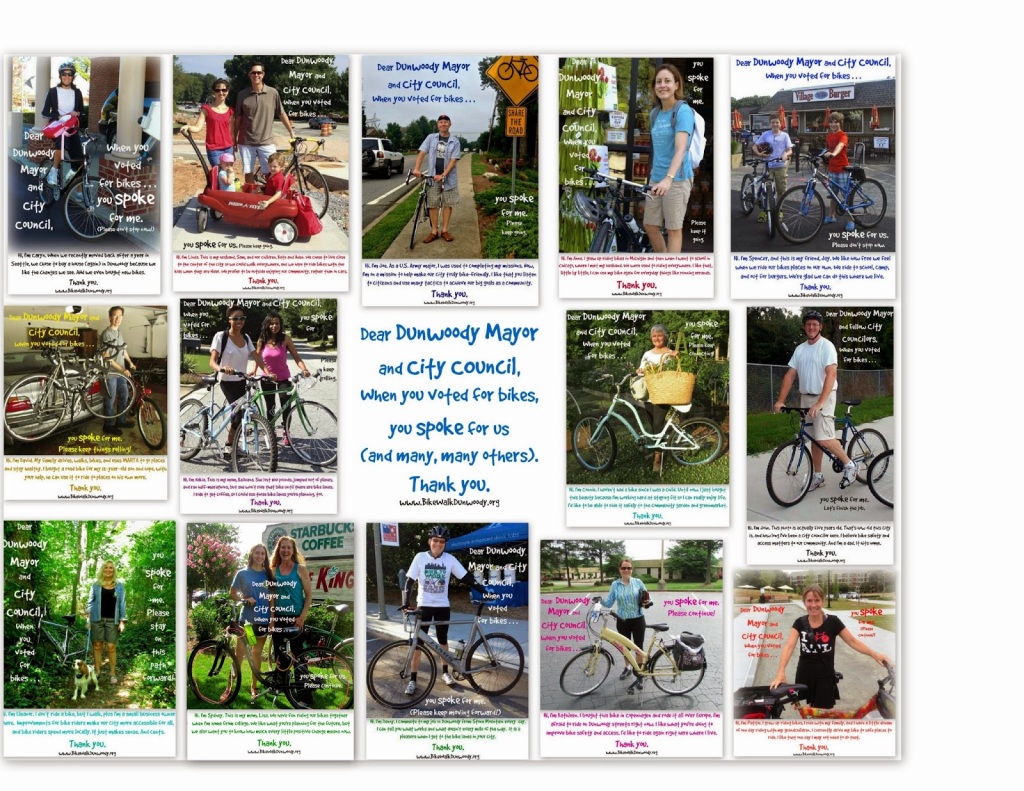 It’s the five-year anniversary of this public service campaign I created pro bono with the generous participation of many fellow citizens for our local bike/walk advocacy group. Although there is a nice three-mile trail now, there is still not one main road that provides NACTO-standards-based safe-access-for-all. In general, you cannot get safely and easily via bike to the supermarket or city hall; MARTA station or mall; post office or park; or anywhere after dark, which includes morning commutes during much of the year to school and work when the trails are closed from dusk to dawn. There are stories about this in my book, Traveling at the Speed of Bike. (Note: I am happy to report that funding for this bridge over a creek was just approved this week.)

For the record, below is the email I sent to city representatives prior to their adoption of the Master Transportation Plan rewrite last year. I just want you to know I tried, and I encourage you to keep trying where you live as well. I still believe our persistent commitment to sharing our truth in our public spaces known as streets matters.

Hi, all. As always, thank you for all you do. I am just touching base to say that I appreciated being included in the city’s focus group for bike riders re: the updated Comprehensive Transportation Plan. After two meetings and an extensive consultant presentation, I would recommend three critical things be addressed prior to the March 7 public meeting:

(1) The city needs a goal, vision, or policy statement re: bike-friendliness. There is no “stake in the ground” against which we can measure our success or evaluate our decisions, and I believe Staff would benefit from your direction on this. Currently, I don’t know if we are designing for seasoned cyclists (such as the Pointy saga, which Staff tells me is an acceptable best practice) or for a family-friendly community of people aged 8-80 (as other cities across the USA during this exciting time of infrastructure improvements are doing). The city is recommending new multi-use trails (since 75% of survey respondents wants them) but how does that fit in with a network that includes Pointy as well as bike lanes that are too narrow for safe, legal passage of motor vehicles? It doesn’t make sense to me.
(2) The people who are least car-dependent and most likely to benefit from biking need to be represented. These include those who live in the most dense areas of the city and have the lowest car ownership — not just those at the lower end of the socio-economic scale (who have some specific concerns about bike access and safety) but high-earning-potential highly-educated Millenials as well. Plus, about 1% of the students in our city bike to school. One percent. In a family-friendly city. I asked at focus group meeting #1 for more diversity to be included in the group as I believe the real-life impact of solutions would be richer due to more diverse input, but that was not corrected by focus group #2 (although one participant’s teen son added incredible value with his comments about guerrilla trails that some kids use now). I would suggest you consider reaching out proactively to members of these groups as you move forward as their rubber-hits-the-road input could benefit all of us.
(3) The City of Dunwoody should publicly state it is actively pursuing becoming a certified Bike Friendly Community. The City of Dunwoody seems to be allowing itself to be left behind by not pursuing League of American Bicyclists’ Bike Friendly Community designation. This designation ensures a balanced approach to bike improvements that address not just engineering but education, enforcement, and more. It also sends a strong marketing message about the kind of community we are at a time when competition for the best of the best is fierce. With the exception of the City of Atlanta (which is where I ride most frequently because it is safest to ride and provides the most bike access, believe it or not), the City of Dunwoody has the most impressive infrastructure improvements in the metro Atlanta area and could really make a name for itself close to home and around the country by stepping into the light a bit more.
I am a Licensed Cycling Instructor (#5382) with the League of American Bicyclists and have been hired by the City of Decatur as their bike ambassador to teach seniors on trikes, an earn-a-bike program for kids in need, and bike rodeos for 4th/5th graders. I also provide private coaching to new and returning women-on-bikes (women make 80% of all consumer purchasing decisions, represent more than 50% of our population, and are the fastest growing demographic of bike riders), plus I offer my pro bono services to teach classes with the Atlanta Bicycle Coalition, Relay Bikeshare and others. I offer a one-hour lunch-and learn to cities, corporations, and community groups and I recently presented in the City of Norcross, which is a Platinum-level ARC Green Community. I also recently participated at Bike Advocacy Day at the GA State Capitol for a statewide vulnerable user law and investment in the Georgia segment of the Maine-to-Florida greenway. Based on my experience, I see great, great pride with what is happening in metro Atlanta and the State of Georgia regarding bike friendliness and it is my hope that this will some day soon be a source of pride rather than divide in the place I’ve called home for the last 21 years as well.
If I can provide you with any additional information, please let me know.
.
Trust the journey,
Pattie Baker 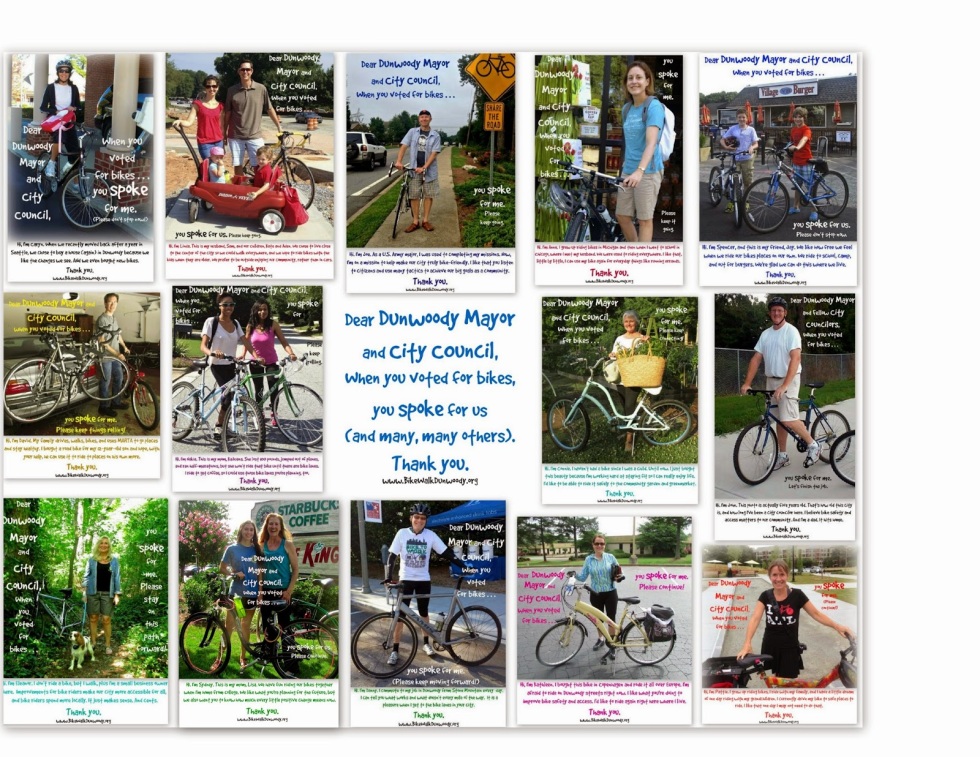 Leave a Reply to Pop-up bike improvements in time for Biketober! – Traveling at the Speed of Bike Cancel reply