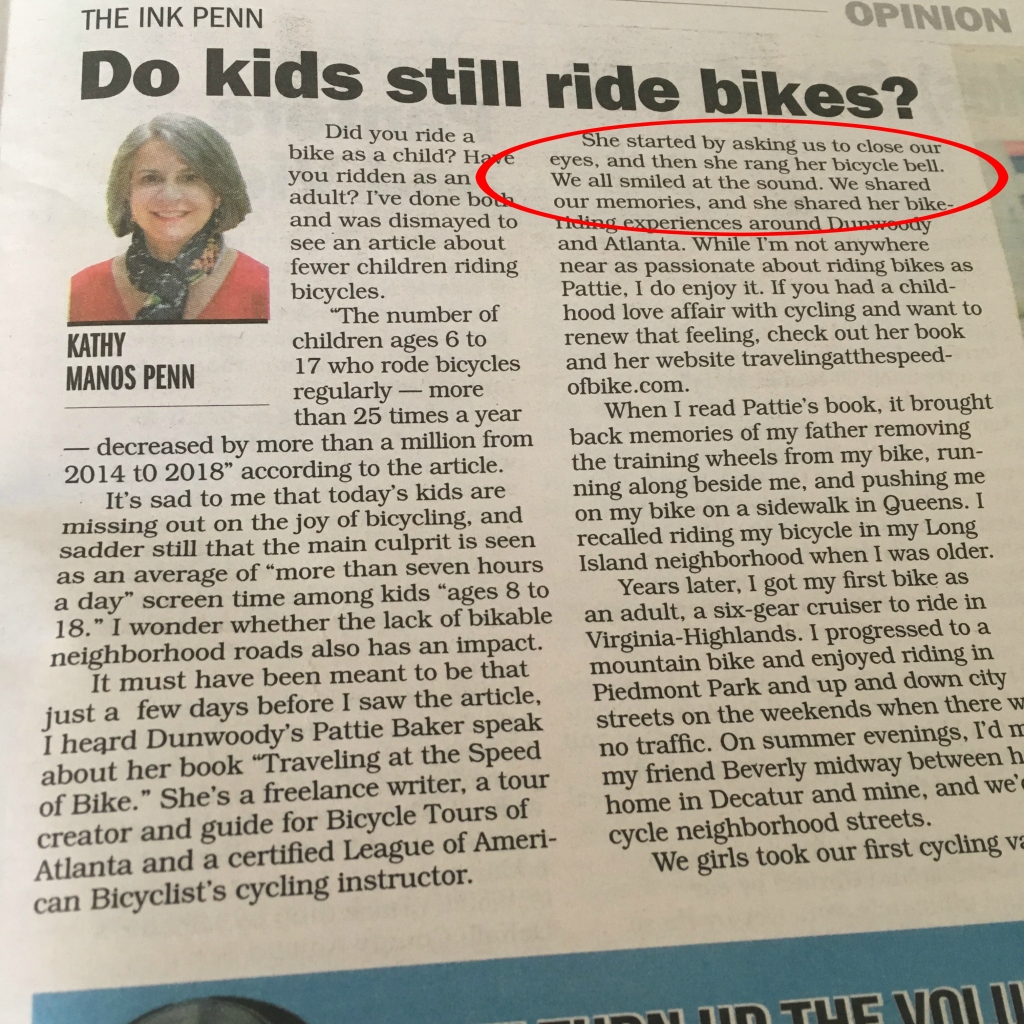 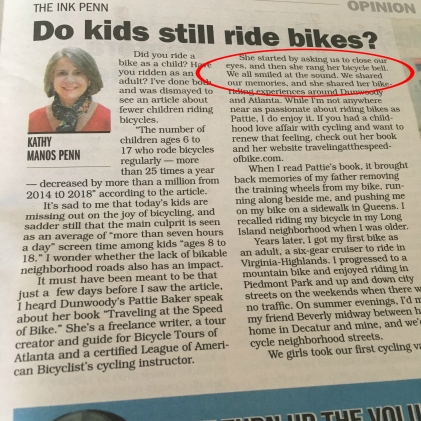 My friend, Kathy Manos Penn, who is a fellow author and journalist, included a very lovely mention of me in her newspaper column in the Dunwoody Crier this week, from the night I participated in a monthly local author book reading at a coffee shop less than a mile from my home.

That was the night when, on my way home, one of the BikeNoodle safety records was broken for the first time in my two-and-a-half years of using it. Here is that story. By the way, here’s the reason I use BikeNoodle in this suburb-city (a place that’s been getting tons of buzz lately, including in this article in Curbed a week ago):

There was more bike news in the local paper this week. The cover story reported how the mayor and city council voted 7-0 to change the plan from a too-narrow unprotected bike lane to a multiuse path on the last part of the road pictured in the video below (which shows what it looks like for me to be Traveling at the Speed of Bike home from the MARTA mass transit station on a Sunday afternoon — don’t miss Pointy the Bike Lane; there’s a whole thing about that in my book).

Wait — let’s get more specific. Below is the actual stretch of Mt. Vernon Road where the multiuse path will be. By the way, the City of Dunwoody Public Works Director requested a copy of this video from me a couple of years ago to show at a national conference. He is the one who proposed the change in the plan last week. (Moral: Keep bearing witness, folks, and do not give up. We have moved the dial since this post from almost exactly two years ago to the day.)

Here is a view of Mt. Vernon road in the opposite direction at the spot where the multiuse path would be, when I recently found myself riding behind a man who appeared to be in his 70s:

Here is the mayor at last week’s city council meeting, stating that if we had to do it all over again, multiuse paths would be the way to go:

Here is a post titled Turning Point when the mayor and a city councilor named Tom Lambert participated in the Ride to Lunch with the Mayor event (organized and led by current City Council candidate Joe Seconder) this past May as part of National Bike Month:

Here is my most recent email to city hall. I have done an Open Records Request of all my emails to city hall and replies since this metro Atlanta suburb became the newest city in the United States 11 years ago so that I can compile them neatly into one PDF, in case it is helpful to anyone else, even if it’s just as a record that city hall has been fully aware of life-threatening issues for years.

The new expressed support for safe access is great (and thank you to the Public Works Director, Mayor and City Councilors for that), but action is needed today.  As an example: After recently becoming the national leader in deaths for people riding scooters, the City of Atlanta is implementing pop-up tactical urbanism within the next 30 days to provide safe access on roads that are known dangers. My hope is that includes the one where this ghost bike below is pictured (photo taken yesterday). The ominous reminder of death is now covered by weeds. The fellow high school freshman colleagues of this girl when the fatal crash occurred are now heading off to college. The road is still not safe. 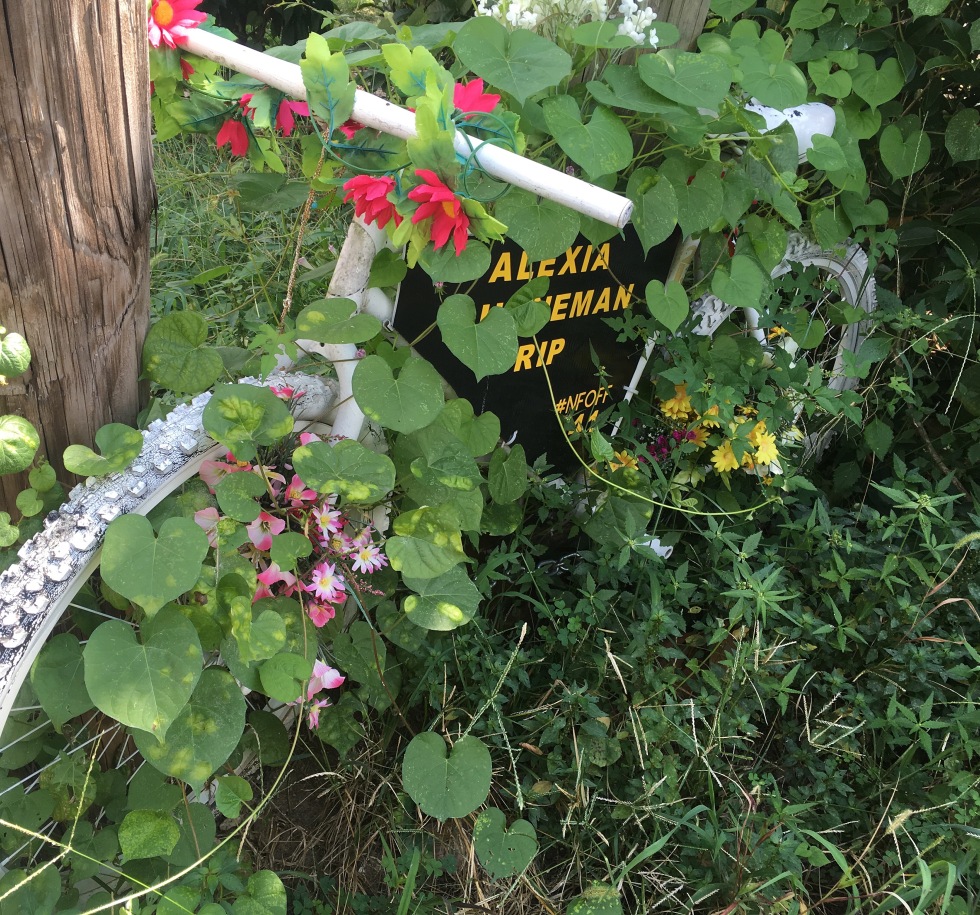 Where I live does not yet have a ghost bike, but more people (specifically families and seniors) are out there trying to ride to get places and the risks for preventable tragedy are increasing. The only proven solutions for families and others who do not want to assume the level of risk that riding with vehicular traffic entails (it has nothing to do with confidence, folks, so stop with that “confident city cycling” crap) are protected/separated bike facilities that are 100% connected in a cohesive network (such as a Dunwoody Woodline). These include one and two-way bollard, planter, bioswale, and concrete-protected bike lanes; multi-use paths; and bike parkways. (I ride examples of all of those almost every single day in the City of Atlanta, and many different types are featured on the Sustainability-in-Action Bike Tour — see the leaders who have already taken the tour.) Here are examples of current multi-modal facilities in our suburb-city that do not provide safe-access-for-all:

(Don’t even get me going about sharrows on main roads. I’m hoping that one is officially off the table.)

The time to make known, necessary changes is now. Today. Not in five years. Not in ten years. Not in twenty years. Children don’t wait — they grow up.

Lower speed limits. Add barriers, even if they are temporary to test them. Increase enforcement. Provide education. Accept no compromises on proven best practices. Too-narrow, unprotected bike lanes (such as what is currently planned for Tilly Mill Road, pictured below) are just lipstick on a pig. All the talk in the world will not get one person safely to school, city hall, the supermarket, civic and religious activities, restaurants, the park, the post office, or the transit station. 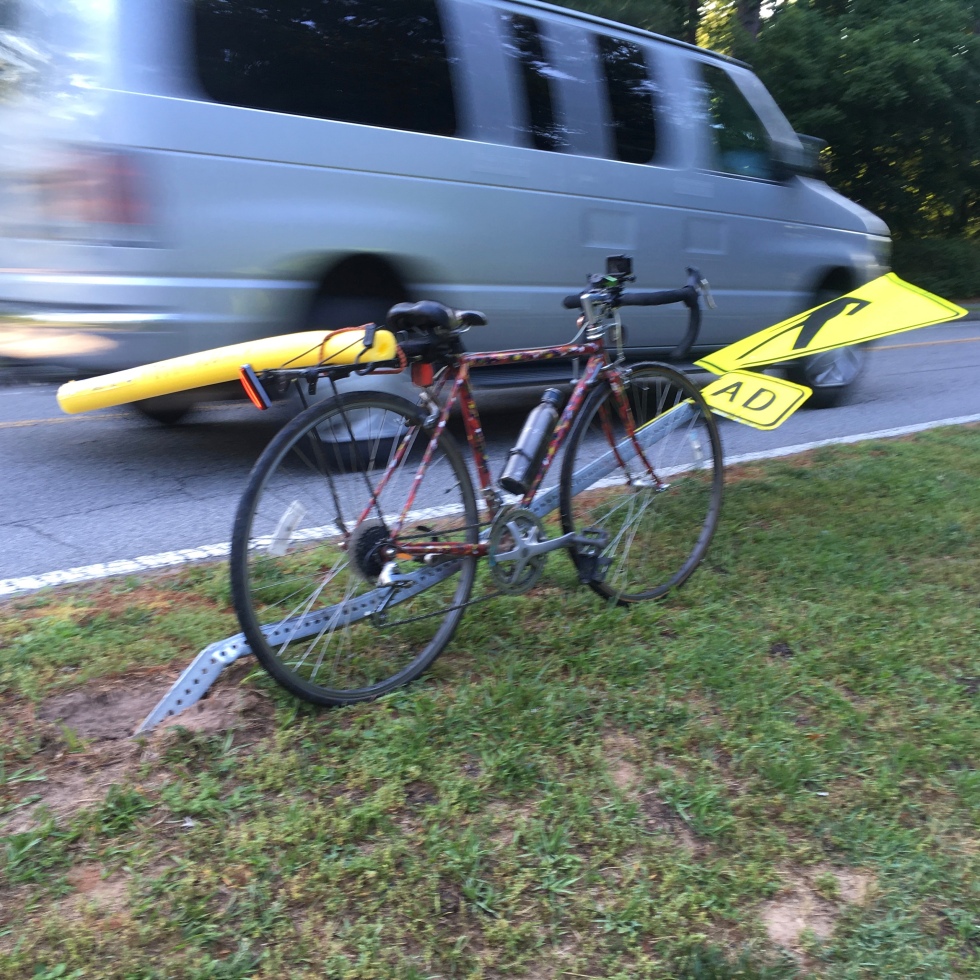 Wait — I’ll show you what it looks like to ride on that road. Here are four seconds that could have easily ended my life as I was simply riding home from the park:

See my quick-read book, available in both print and digital editions in all global markets on Amazon,  for more about Traveling at the Speed of Bike in this city, and beyond, as well as what you can do to make where you live a place where kids will continue (or start) to ring their bells for years to come. I also offer these free Bonus Resources that you may find helpful. (And I teach classes and lead a bike tour specifically about all aspects of sustainability.) As they say at the biggest festival where I live, let’s make lemonade out of lemons. We can do this. 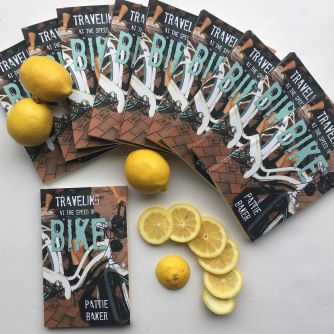 Reminder: you can’t feel like a kid when you ride a bike (one of the greatest feelings in the world) . . .  if you didn’t ride a bike as a kid. 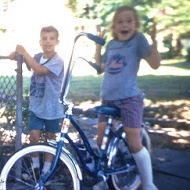 If you can’t get there

Wait for the red car

A call-to-action to city leaders

Videos of bike riding in the city of Dunwoody, GA

Truth at a crossroads

5-year anniversary of this citizen campaign