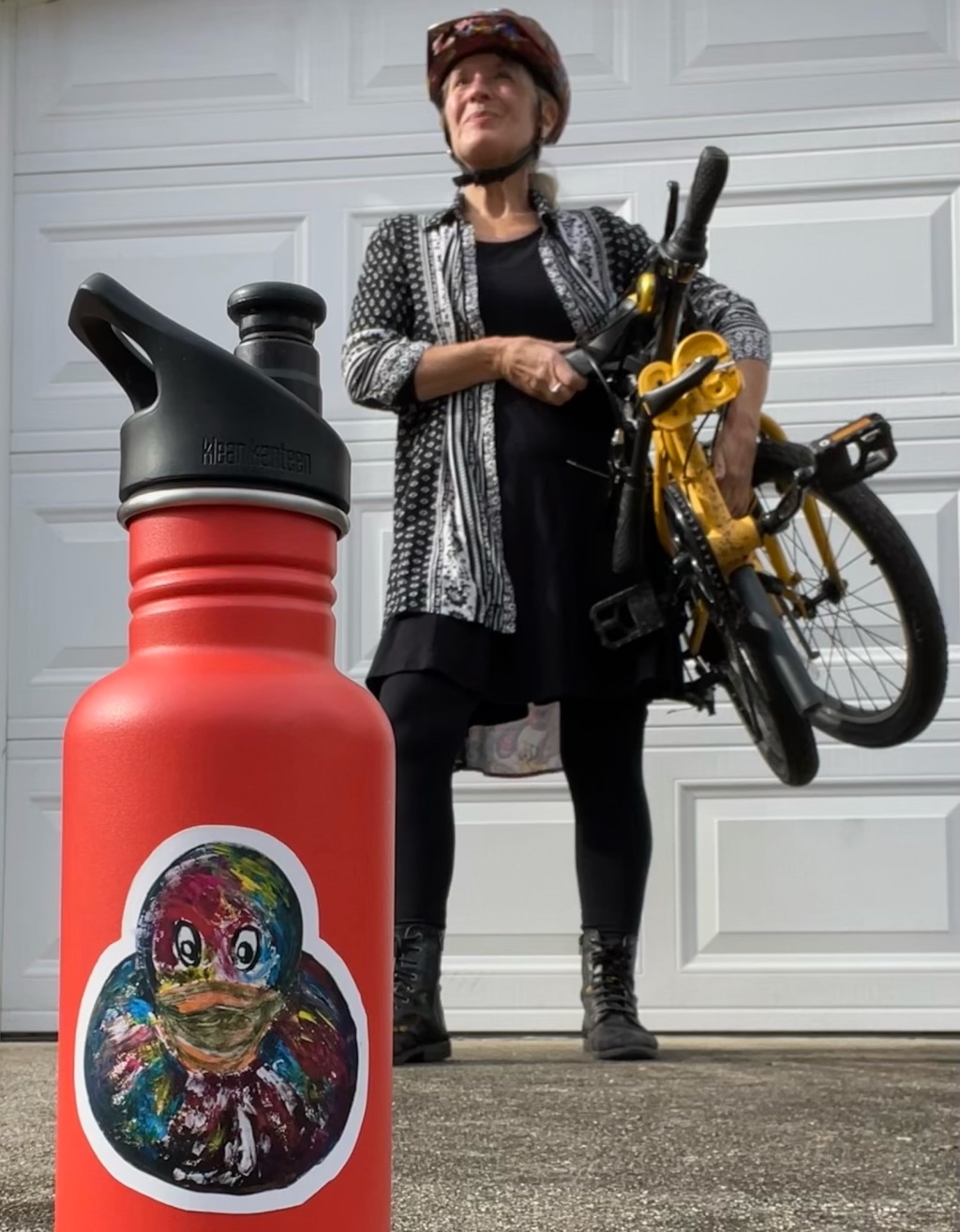 So I was planning on kicking off my mega-trip Round America with a Duck with Megabus from Atlanta, Georgia to Durham, North Carolina (followed by WWOOF host pickup to the goat farm for birthing season). I’ve enjoyed taking Megabus numerous times, including from Boston to/from NYC several times and from Atlanta to South Florida when my father-in-law fell and broke his hip literally a hot minute before the pandemic (he ended up dying of COVID, by the way, within its first month — may he and everyone we’ve lost around the world rest in peace).

However, a glance at the Megabus luggage policy plus a couple of back-and-forths with their customer service department reveals some potential deal-breakers for this particular journey.

One, they would require my folding bike (bought specifically for this cross-country experiential-research trip) to be stored in a hard case. That would mean I’d need to deal with this hard case once I got to my destinations. Um, hello, I’m on a bike. I already bought a soft case that folds up and straps to the handlebars. Nope. No good for Megabus. (Note: Megabus only goes to very few places on my journey, but I don’t love the idea of worrying about this issue with every other regional carrier as well.)

I even had the inevitable “maybe I shouldn’t go” moment. A few views of Ted Talks while working on my upcycled bike tube earrings got me back on track.

But the mega-decision I’m still considering is leaving the bike at home. This would mean sourcing bikes throughout the trip since riding a bike almost daily, even if it’s just a mile, has proven to be a non-negotiable mental-health-support necessity for me the past ten years — the difference it makes is truly remarkable and I strongly recommend bike-riding if you are struggling right now. (Don’t know how to ride a bike? I got you covered. There’s more life-saving info in these blog posts I wrote for my recent job).

I therefore spent this past weekend considering re-routing my trip so that I’d be staying in more urban areas more frequently, which would increase my access to bike shops, bikeshare systems, and nice strangers who might be able to let me borrow their bike for a spin.

But I don’t like that idea for three reasons:

Enter stage left (or rather, just left of the MARTA Garnett Transit Station): Greyhound! A look online revealed some unbelievable truths. I had to go in person and talk to a customer service agent to confirm. So I did that yesterday via train/bike, and also ended in the middle of the MLK Jr. Parade — see TikTok below, which includes one brief view of the Greyhound terminal:

It turns out it’s true! I can bring the folding bike on Greyhound in a canvas covering (or even plastic, according to the customer service rep). If it’s 62 inches total (height plus width plus length), it’s included in the ticket price. If larger than that, there’s an oversize fee of about $25 bucks or so (not a full second-ticket price). I think my bike is within the limit and am measuring it later today. Follow on TikTok for the reveal!

What’s more, I’m allowed up to three pieces of luggage! And the nice man told me Greyhound would take care of me coast to coast. I should have asked him if I could take a portrait of him for my ongoing Today’s Nice Stranger photo essay. He would have definitely been yesterday’s winner (although I met many more nice people, as usual, while Traveling at the Speed of Bike).

So, all in all, I’m feeling hopeful again. The bike is back in biz (I think), my route feels possible again (you can view it here), and all I need to do now is measure up (in so many ways, but am taking it one step, one pedal at a time). Now I get to test the dry shampoo I just unboxed, for those overnights on buses! Such is my life. Trust the journey, amirite?