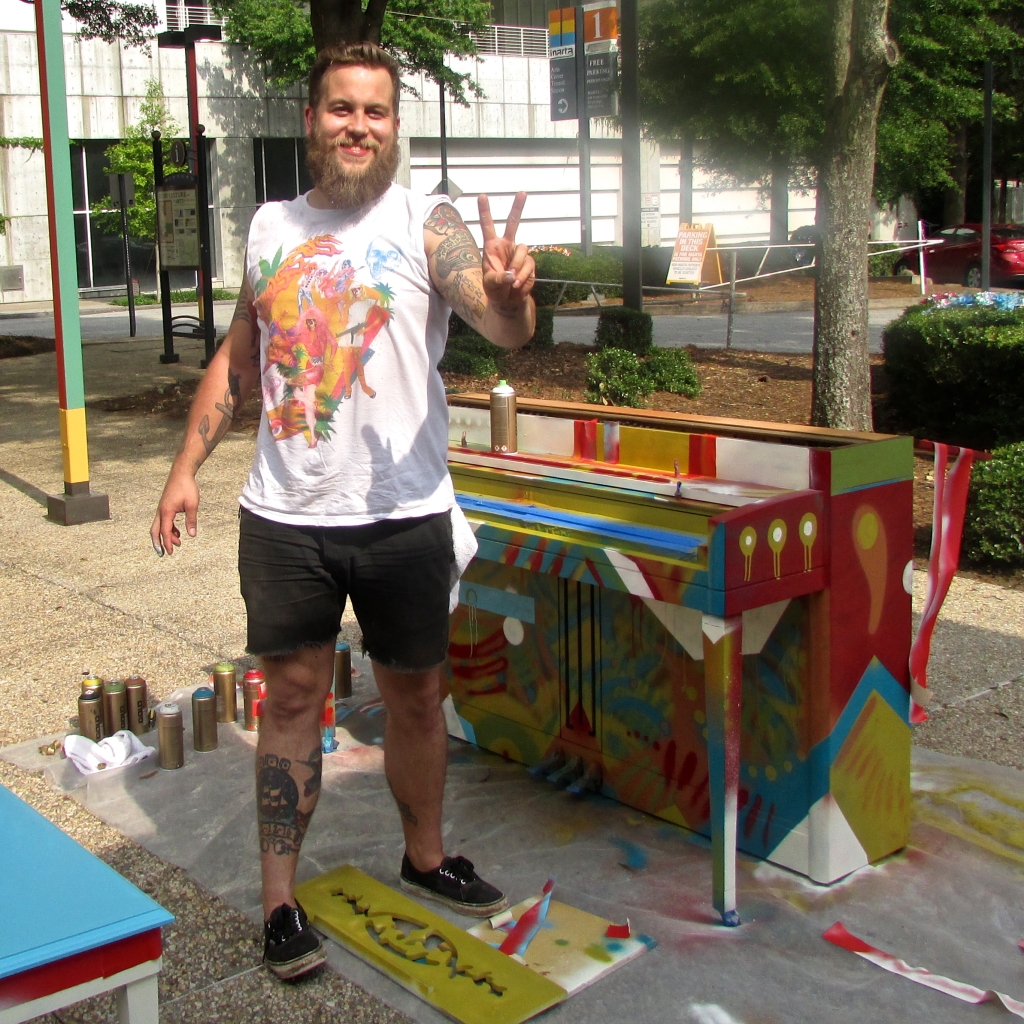 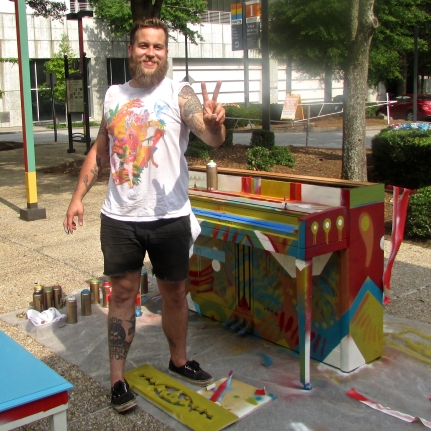 There’s a public piano at the MARTA Arts Center station (where I often exit the train with my bike). Jeremy Ray (pictured) painted it. The next time we passed after meeting him, someone was playing it, my younger daughter started singing along, and a man and his kids watched and videotaped. Everyone high-fived afterwards before we all went our separate ways.

A year and half has passed since then, this piano is still there (plus more than 50 other public pianos were added around Atlanta by an organization named Pianos for Peace, many of which have since been donated to nursing homes and schools).

I have taken photos of many Nice Strangers at public pianos. This was the first.