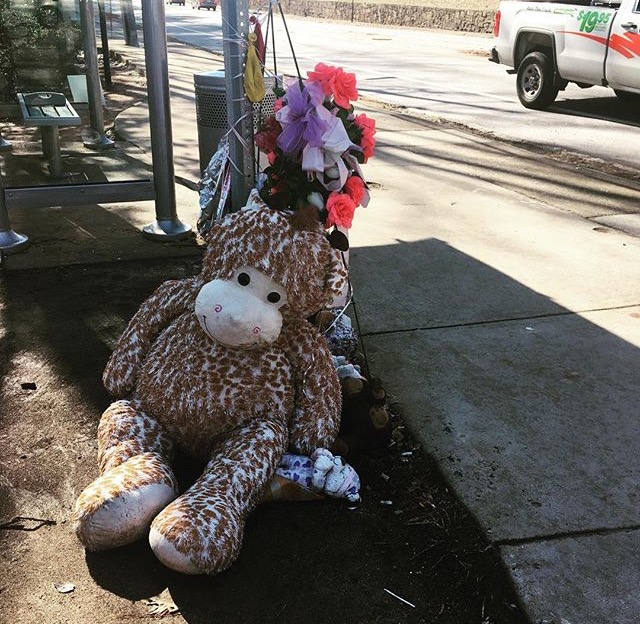 Her name was Lun Thang. She was four years old. She was walking with her mother and sibling in a crosswalk directly in front of an elementary school in Clarkston, Georgia—the most diverse square mile in the USA, populated by a significant number of refugees of war—when she was killed four months ago by the driver of an automobile who stopped briefly but then fled.

I pass this memorial while Traveling at the Speed of Bike two days each week. I noticed yesterday that the memorial is now gone, which means the memory of Lun Thang may soon fade from the public as well. If you live in the the state of Georgia, please help honor Lun Thang and all the other children killed or injured while in crosswalks by schools by demanding lawmakers vote to allow speed cameras in school zones (SB 435 & HB 978). Contact your elected official today.

Note that the child of one of the founders (and current city councilor) of the much-more-prosperous City of Dunwoody was almost hit in a crosswalk as well — see A Hero Saved my Son’s Life. Dangerous driving in school zones knows no borders and does not discriminate.