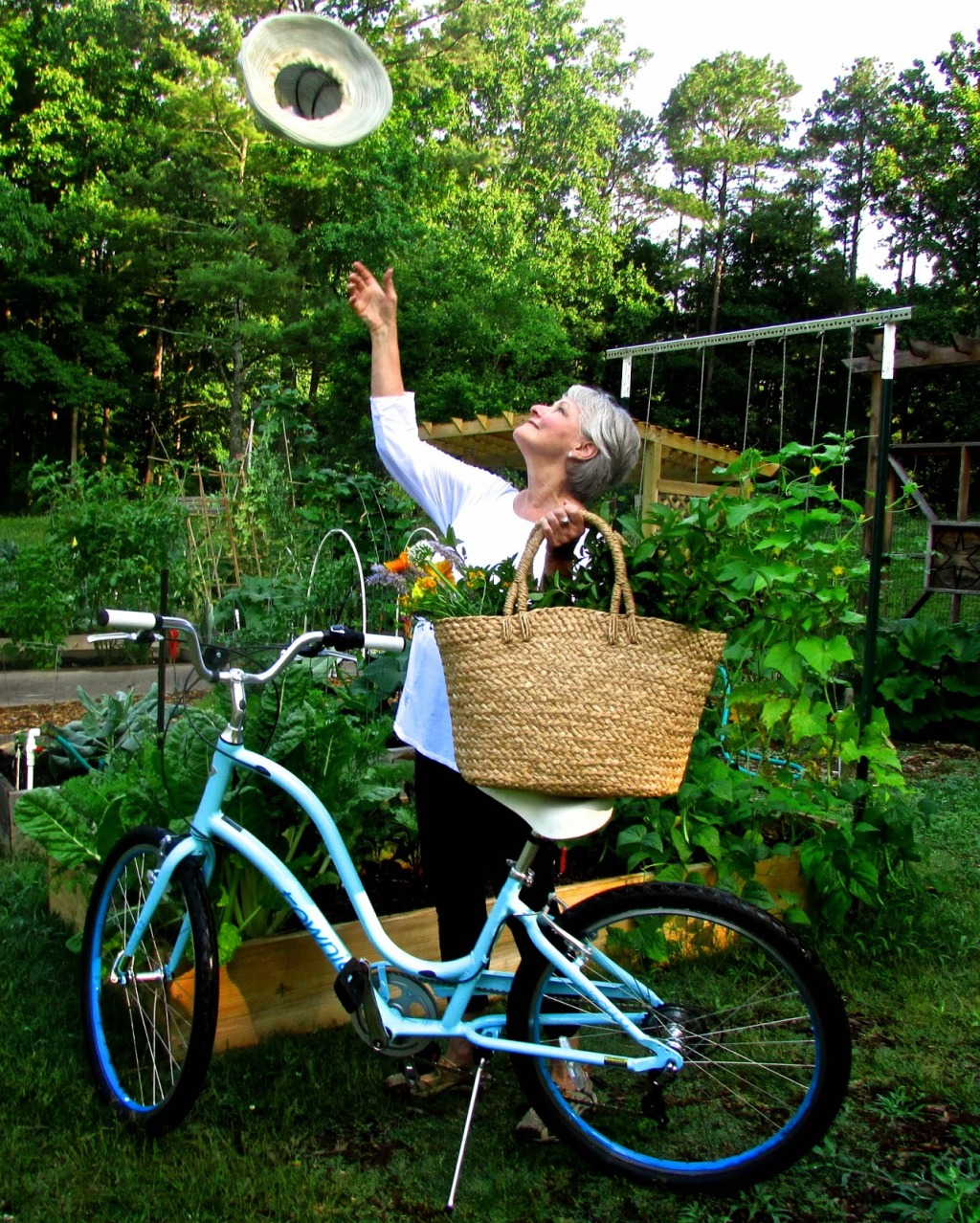 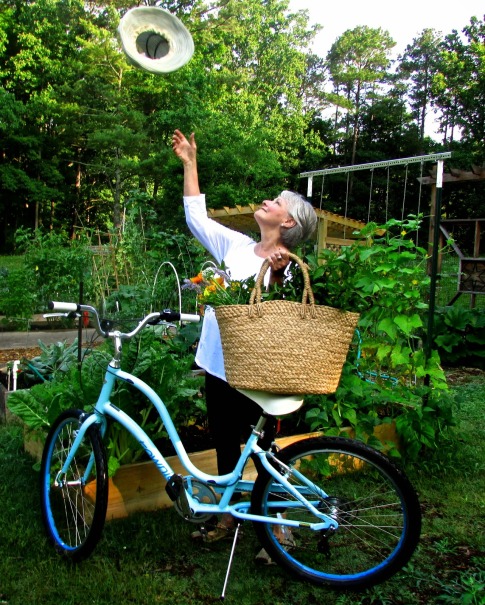 Fifteen years ago, when I taught myself to ride a unicycle for my 40th birthday, I crossed paths at a local high school with a woman who was whipping around the track on her rollerblades. She was soooo cool, and I adored her. The track eventually got resurfaced with some squishy blue stuff, and a sign saying “no wheels allowed” went up, so this woman and I both moved on.

Five years later, guess who showed up as a member of my newly-formed Sustainability Commission when where I live became the newest city in the USA? It actually took us a little while to realize we were the unicyclist and rollerblader that each had known years before.

Her name is Connie Morelle, and she is still one of the coolest women I’ve ever met. Facebook tells me it’s our 10-year Friendversary today. Here is a photo I took of Connie right after she bought this new bike, in the local community garden we helped start.  We’ve ridden together a couple of times, and she often drops bikey-related notes and cards in the mail to me, which have brightened more days than I can count.

Trust the journey. — on unicycles, rollerblades, bikes, or however you get through the day. God brings people together in miraculous ways.