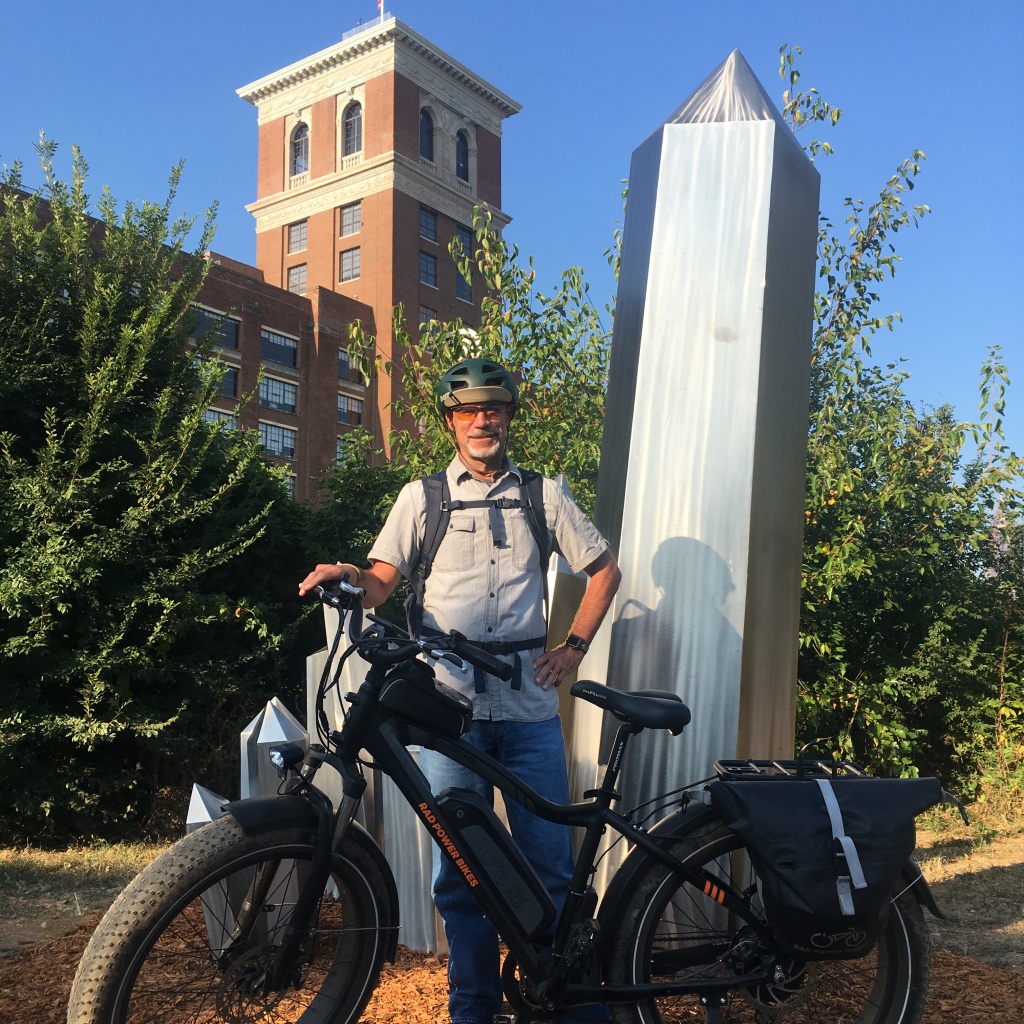 My friend Caryn and I came to a tunnel on an unpaved part of the Atlanta Beltline that was just opened for public use. This four-mile segment makes up the “smile” connecting the Eastside Trail and the Westside Trail (both already completed) on the bottom part of the 22-mile Atlanta Beltline loop. Built on old railroad beds about two miles from the center of Downtown in all directions, the Atlanta Beltline is touted as one of the most transformative urban transportation projects in the world and people from all over come to tour and explore.

In a city previously called Terminus because it was the place where U.S. rail lines converged, the Atlanta Beltline originally held great promise to connect and uplift 45 distinct neighborhoods that were previously divided by race and class stemming from systemic discrimination (hello, redlining and highways).

More than ten years into the project, it is increasingly obvious the biggest challenge of the Atlanta Beltline is going to be not becoming just one big circle of luxury condos or faux “farmhouses” across from legacy homeowners or renters about to be pushed out by increased taxes or rents. So each new section’s opening holds hope of (and legitimate concern about) keeping the original promise alive. (See photographs with faces from the 45 different neighborhoods below, in a mural from five years ago, now long gone, that I passed while Traveling at the Speed of Bike.)

As Caryn and I stared down the unknown that morning, however, we passed on the temptation to explore. So when I saw that John Becker (pictured above from when I ran into him earlier this week on the Eastside Trail), communications coordinator for the Atlanta Beltline Partnership, was offering the very first official free public tour of the Southside Trail two weeks later, I pounced on it and signed Caryn and me up (along with her husband, Jeff).

We started at the Atlanta Beltline Center, a snazzy little meeting place where I swear I saw the bike named Schwinneola that’s featured on the cover of my book hanging from the ceiling (see photos below — it is Schwinneola!!!). From there, we traveled about a mile or so on the Eastside Trail through the Krog Street Tunnel, past the artists painting new murals as part of the annual Forward Warrior event, past where I had one of my guerilla art installations (Ennui: Selections from the White Dress Collection), and then on the street across an interstate and beyond Glenwood Park to where the real adventure begins.

There were fifteen or so of us of various ages and backgrounds on a variety of bikes that enabled us to either trudge through the rocky terrain or walk at a few spots when the sand got too thick. (Hint: fat tires are your friend on this tour.)

John, on his super-fat-tired ebike, pulled in the reins on his daily whip through neighborhoods named Ormewood Park, Boulevard Heights, Grant Park, Capitol Manor, Chosewood Park, Peoplestown, and Pittsburgh so we could keep pace with him. Frequent stops to observe an old train tunnel or new live/work/play development allowed us all to regroup as he shared details of the plans for what’s next on the flower-studded embankments we were passing. Two guides, Ryan and Caroline Herrick, riding as sweeps, kept us (mostly) together (and they had their work cut out for them as there were several early flats and other issues).

I saw a lone man ahead of us just enjoying his morning stroll and wondered if Atlanta could be the first city in the United States to finally get this right and uplift people instead of displacing them. Sure enough, John got questions about whether or not there should be transit (the streetcar eventually running on the whole route is an integral part of the vision to provide equitable transportation to all) and what exactly is being done with affordable housing in mind. Some folks were even a bit argumentative. I stuck to my photo-taking. John answered the questions as best he could (even thought there really are no good answers yet for either of those issues) while still keeping the positive tone of this truly extraordinary project front and center. 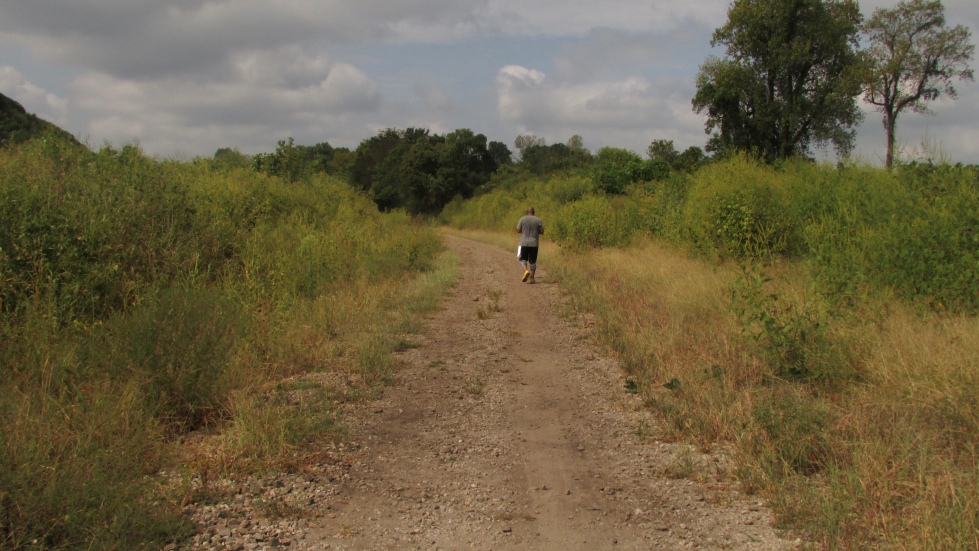 We continued on to the Westside Trail where we passed Angel Park (and I was surprised to see the sign I painted years ago is still there), the urban farm (which Angel himself originally showed me), and a place called the Bakery (where I covered a Power to the Polls Protest almost two years ago). We had lunch at Boxcar, one of several brew-pubby kind of places (great beet burger!) where we were given an 18.37% discount in homage to the year Atlanta (post-Terminus) became a city. Our fellow tour participants dipped into intimate conversation with us very quickly, perhaps a sign of how strangers bond when riding bikes together.

Most of us then rode back the same way, faster this time because we made no stops, although I think the sand perhaps thickened while we were at lunch. (Hint: Just keep pedaling. Good advice for life as well.)

As always on the Atlanta Beltline, there’s art. Lots of art. (Plus, at least for now, dozens of bee hives safely down one embankment, and an old railroad artifact transformed into a Little Free Library.) This foxy bike rider is from a family paint day in a tunnel. Wonderful professional murals are on the other side of the tunnel, but the family paintings stole my heart.

This tour is not for everyone (but I did note that the kids who came seemed to have no problem with it). Mostly, it’s a matter of if you have a bike with fat tires or not. (You can rent one from the Atlanta Beltline, if that’s your main barrier to participation.) Also, if you don’t want to turn a free tour into a $20 outing (times however many family members you bring), skip the lunch (although talking with new friends was a definite highlight of the day for me). You’ll need to have a way home from the west side of Atlanta, however (note: the West End MARTA station is just a couple of blocks away). I also gave a small donation at the end, so you may want to budget that in as well. If you have the ability to give a larger donation, or if you own or work for a company that could sponsor some aspect of the Atlanta Beltline Partnership’s outreach, please consider pursuing that direction as well. Experiences like this matter, and making them available to more people in more ways ensures every voice is part of our city’s path forward.

Bottom line: it’s hard not to catch John’s contagious enthusiasm, even if it may be hard at times to keep up with him. And, yes, despite my lingering, conflicted feelings about the Atlanta Beltline, the “smile” segment gave me reasons to smile from beginning to end.

By the way, I’ve taken two other free Atlanta Beltline tours: (1) by bus, in 2013, which was one of the best tours I’ve ever taken (and which is still offered, but it costs $25 or so now), and (2) by bike, in 2014, of the Eastside Trail combined with another segment on the north end (Caryn took that tour, too). Here are my posts about them:

“Close Your Mouth; We Are Not a Codfish” (Why the Atlanta Beltline Made My Jaw Drop)

The Good, the Bad, and the Ugly (and a Bit about Romance) on the Atlanta Beltline’s Bike Tour

I have gone on to write more than 100 blog posts about the Atlanta Beltline. It may have even saved my life when I first starting Traveling at the Speed of Bike on it daily in 2013 (and it is included numerous times in my book). Thank you to all involved. It matters. You matter. 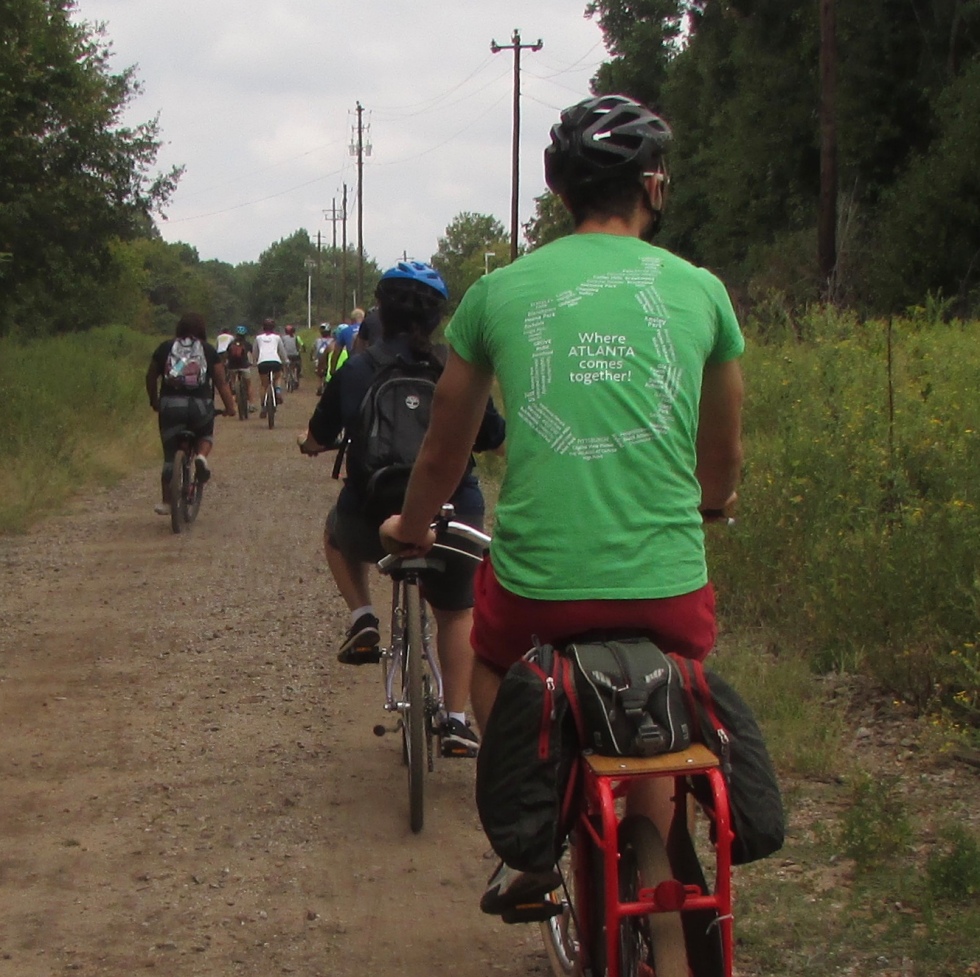