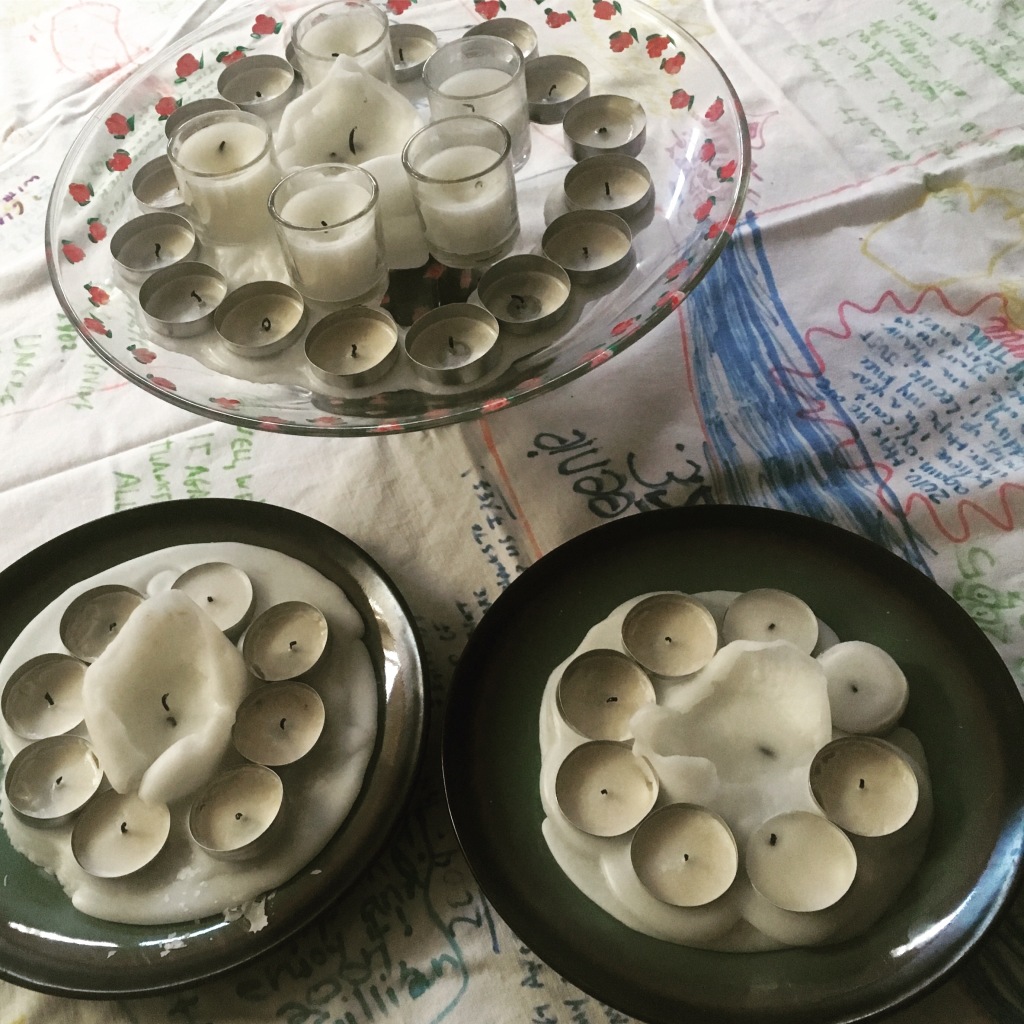 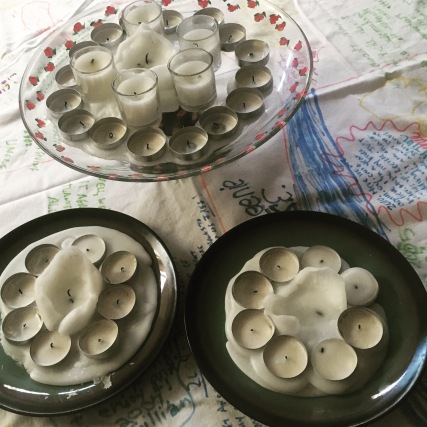 Happiness is . . .  lingering and laughing deep into the night, long after the food was cleared, the candles burning so low they formed a sea of wax on the plates.

Yesterday was my 30th Thanksgiving in metro Atlanta, the 29th for which I cooked* (with the help of my daughters, more so every year as the day gets closer when one of them will take over). We have our beloved traditions. Making butter. Signing the tablecloth. Having the cookie contest. Lingering.

I don’t know if I will be here next year. None of us do, of course, but there is a strong possibility that I’ll be in a village in Uganda.

“We’ll Skype,” my daughters (home from Los Angeles and Boston just briefly) say. “Or we’ll work it out somehow another way. It’ll be ok.”

As I was Traveling at the Speed of Bike yesterday morning past the sign pictured below in the suburb-city where I live, where they grew up, I think of them and their positive attitude about change. And yes, I do believe them. Everything will be ok.

In the meantime, I’d like to linger just a little bit longer.

* The first year, I went to the home of my Turner Broadcasting boss, who generously invited me as I was alone, having just moved here a few weeks earlier from Manhattan and was not being joined by my then-fiancé until after our early January wedding back in NY. I brought a couple bottles of Beaujolais Nouveau with me! The second year, it was just my husband and me at our apartment in Metro Atlanta’s Tucker, Georgia. I rode Attica (who was a wedding gift from my husband, and wasn’t named that yet) while the turkey was cooking. We then lived in a townhouse for five years in Norcross, Georgia, and then we moved (three days before Thanksgiving, twenty five years ago this year) to Dunwoody. That’s when my bike went up into the attic (hence, Attica) and didn’t come down for almost twenty years. (I rode a different bike, named Mulie, during those years as it was better with kids.)