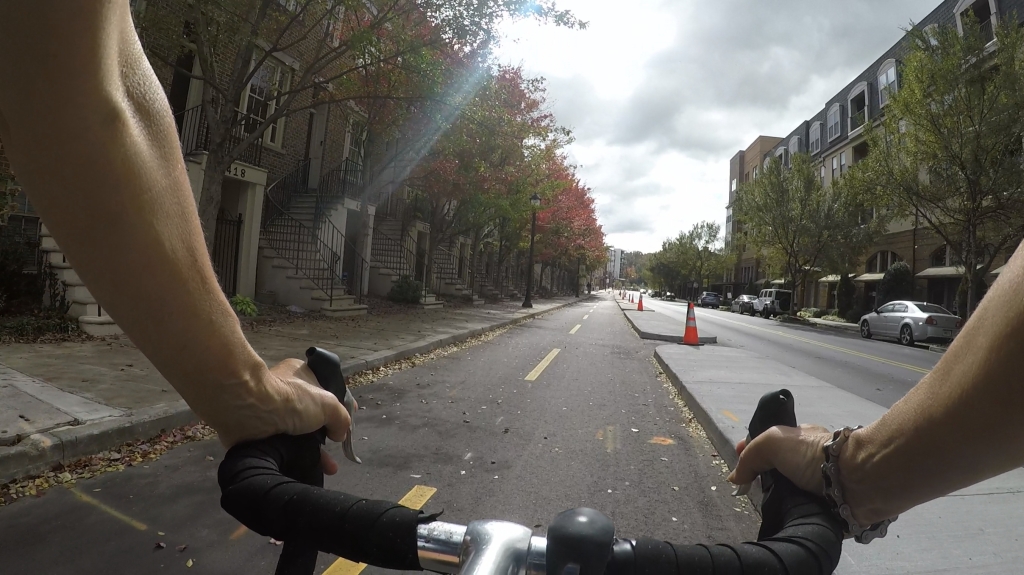 Looks like Boston, but it’s not! It’s Bill Kennedy Way between Interstate 20 and Glenwood Avenue in Atlanta. When finished, it will serve to connect the Atlanta Beltline’s Eastside Trail extension with the Southside Trail.

And who is this Bill Kennedy, you ask? (You may have even noticed a buffered bike lane named after him on Peachtree Street between Downtown and Midtown.)

According to his 2003 obituary (when he died at age 62 of a pulmonary embolism), he was a beloved city planner for 33 years who balanced growth with neighborhood interests, and then a popular and trusted consultant afterwards. I did not know him, but like everything new I learn while Traveling at the Speed of Bike, I’m now curious to find out more.

#PeaceCorps is starting to get ready to get going again (I was supposed to depart June 2020; delayed due to pandemic since all volunteers around 🌍 were evacuated). We all had new medical and legal forms to fill out this week. Am not sure what’s next re: timing. It could be awhile yet.
#BikesMeanBusiness
#ArtOfBikeRiding
Fast action happening in a slow place at the crossroads of change. Lose yourself (or, more likely, find yourself) in this race against time. Sneak peek at pitch-package website. Not yet public since one agent, per her requirement, currently has an exclusive look at the query for my new manuscript, #SlowDuckCrossing. If she passes, it will be available for other agents on May 1. As always, I #TrustTheJourney. #slowduckcrossing #mg #scwbi @hollymmcghee #ellafitzgerald
#slowduckcrossing
Finally. Edits are done. #slowduckcrossing #mg #BecauseOfWinnDixie meets #FlyAwayHome #cityhall #youthcommission #ghostbike #duckrace #saveourroad #crossroadsofchange @hollymmcghee
Oh, #PointyTheBikeLane, so unloved and alone out there 😞. #ProtectedBikeLanesNow
“Inching” forward on edits of my new #book #SlowDuckCrossing with my little helper friend! #middlegradefiction #youthadvocacy @hollymmcghee
A tisket, a tasket . . . #foodformydaughters
Today’s #LeapOfFaith
This is what it feels like when u learn to ride a bike. She, and every she, is why I do what I do. See @pedalpowerwithpattie on #TikTok for tips, advocacy, and inspiration.
Saw my fellow author friend Kathy @jaybirdssong today for the 1st time since pandemic started and she is so beautiful!
You know u want to
#CurbsidePickup!
Meet Kyle. He is with the Georgia Department of Natural Resources. He was scooping net-fulls of trout out of his truck and tossing them into the #ChattahoocheeRiver. See more nice strangers met while #TravelingAtTheSpeedOfBike @todaysnicestranger.
(I can think of something I like more than cars)
(Shhhhh. Don’t tell anyone it’s me who keeps replacing the #ducks) #slowduckcrossing
See 4 ways to get #free #bike tips and #inspiration (text, TikTok, download, and in-person) for #30daysofbiking, #NationalBikeMonth and beyond at TravelingAtTheSpeedOfBike.com/classes @bikeleague @peopleforbikes @bycs_org #bicyclemayor #yougogirl
Homemade games. Gotta love. Especially when family from 5 states can participate via Zoom.