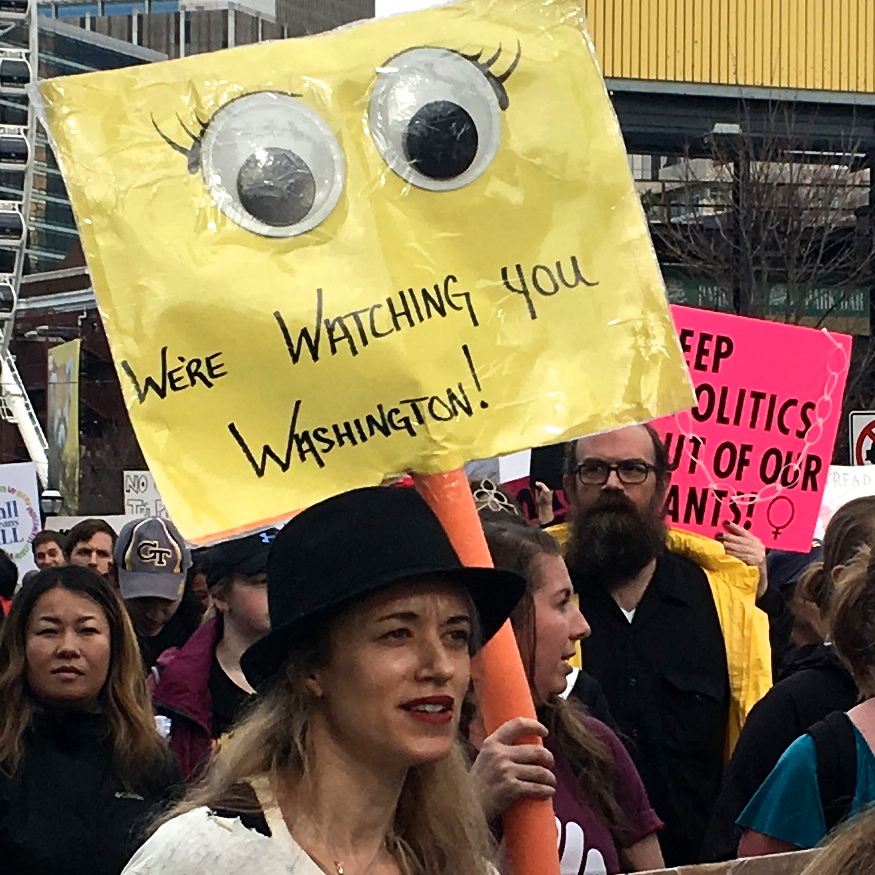 I leaned my bike Mulie on his kickstand on the corner of Centennial Olympic Park and Marietta Street, right in front of CNN Center (where I worked for years when I first relocated to Metro Atlanta from New York City); cupped my camera in my hands on that rainy day almost exactly four years ago; and served as a witness at the largest march in U.S. history.

If interested, you can see my street photography album from Atlanta’s share of the Women’s March here.

The Women’s March[13][14][15][a] was a worldwide protest on January 21, 2017, the day after the inauguration of President Donald Trump. Tensions rose due to his statements, considered by many as anti-women or otherwise offensive.[13][19] It was the largest single-day protest in U.S. history.[20] The goal of the annual marches is to advocate legislation and policies regarding human rights and other issues, including women’s rights, immigration reform, healthcare reform, reproductive rights, the environment, LGBTQrights, racial equality, freedom of religion,[21] workers’ rights and tolerance. According to organizers, the goal was to “send a bold message to our new administration on their first day in office, and to the world that women’s rights are human rights“.[22]

And now, this week, history is being made again, day after day after day. And I am out there, Traveling at the Speed of Bike (as usual), with my camera.