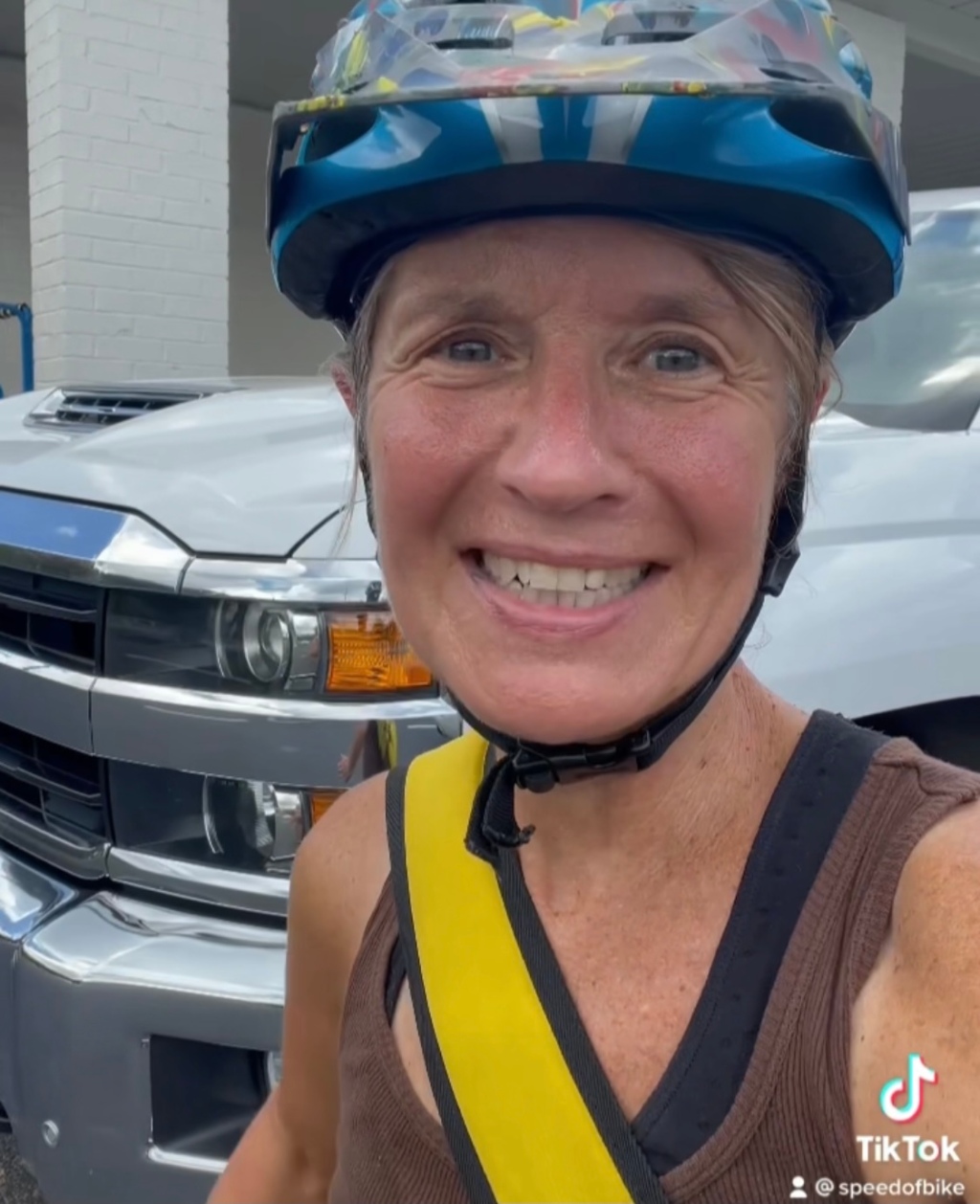 So this little 11 seconds posted below went pretty viral yesterday (at least for me). Out of thousands of people, there was one man who was mean to me. I told him I wasn’t against trucks (I see this one lately right next to the bike rack at the supermarket I frequent); I just want to get home safely, and that’s rough where I live. (As you know, I was almost killed not far from this location by the driver of a much smaller vehicle — only 4500 pounds.)

However, the man was having none of it. Another man (Ron from Chicago!) came to my defense, which was allyship-in-action and was greatly appreciated as I had blocked the conversation after trying to connect humanely. (If there is one thing I learned after helping start what is now the biggest volunteer-run community garden in the State of Georgia is that you can build fences with people who are not like you and discover you have shared common ground. My friend Bob and I, for instance, sat down to talk for the first time when we were originally on the opposite side of an issue, or so we thought.)

I almost deleted the whole thing because I’m vulnerable not just as a road user but as a person. I’m 5’1. I’m female. I’m 57 (for one more week). I’ve been silenced and marginalized in so many ways (which, lol, turns out to be a superpower as a street photographer), and my life is threatened every time I leave my home. People who called themselves my friends have failed to act while in positions with the power to do so. And the only thing that I can share that may or may not have value today or in the future is my rubber-hits-the-road lived-and-learned truth.

I did gain a bunch of new followers and we seem to have some synergies. Plus, some folks may even buy my book (thank you for your support) and I can then offer more free classes.

Maybe that man and I will even build a fence together.

Bob would have liked that.