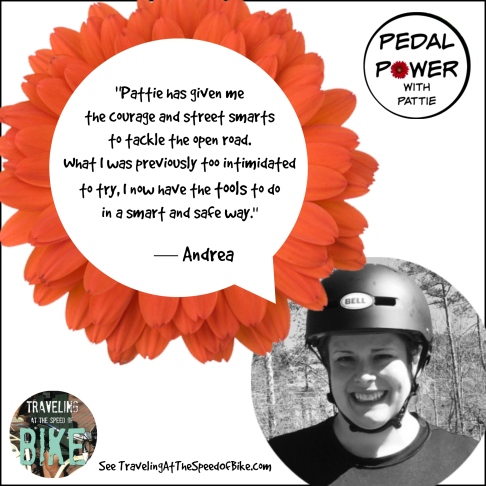 This is Andrea, one of my Pedal Power with Pattie students (see other student testimonials here). Here is a previous post I wrote about Andrea, right after our class five months ago. I just wrote to City Hall again to find out when the bike/ped bridge is going to be built over that creek (see the video in the previous Andrea post) so Andrea can ride her bike to work, as was her stated goal.

Update: I just heard back from the Parks Director:

We received the permit about a week ago and the designer is wrapping up the technical specs for the bid document now.  It will go to bid by first of next week.  I hope to bring a contract to council by October.  It will be completed by the end of the year.