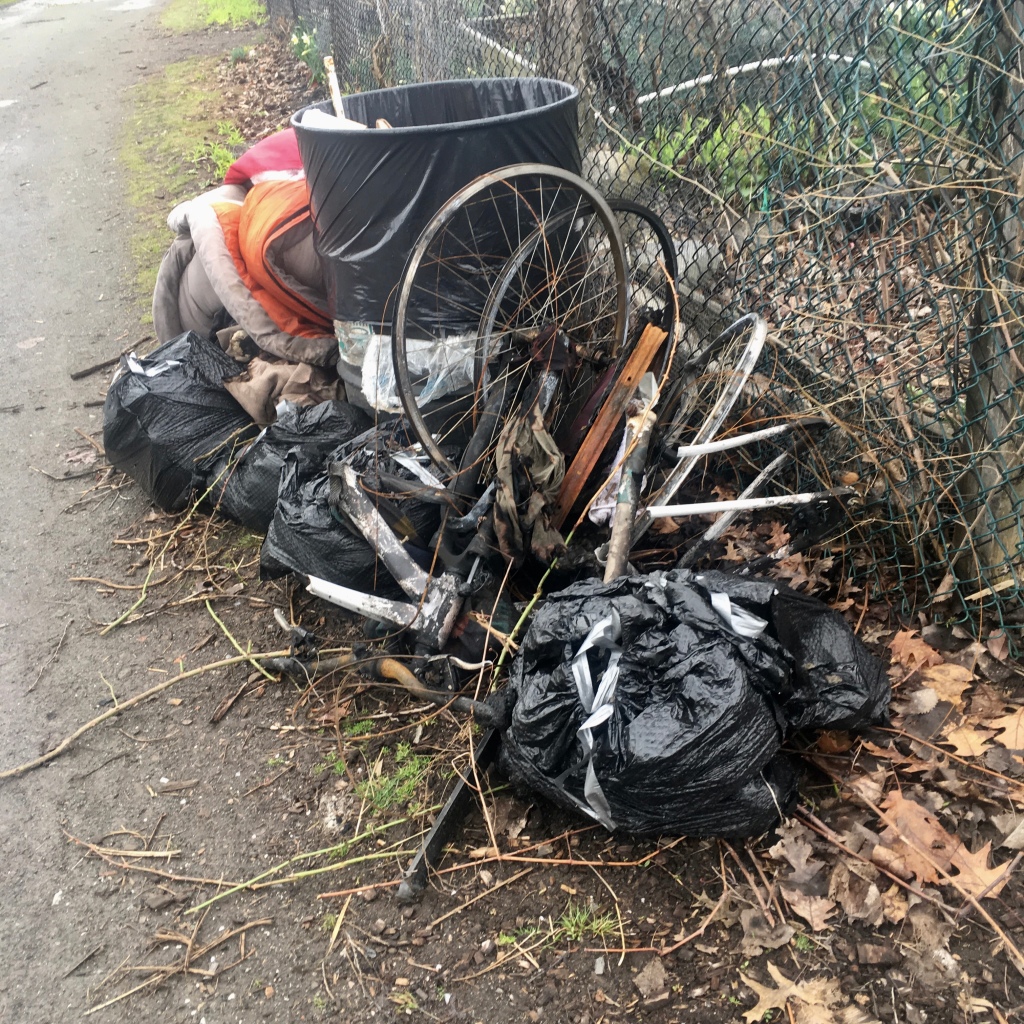 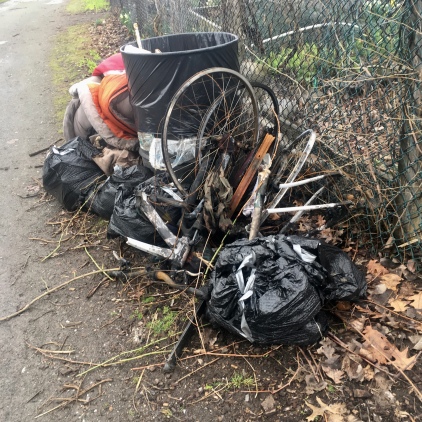 There is a line in the musical Hamilton that says, “Who lives? Who dies? Who tells the story?” In the past five weeks or so, I’ve been Traveling at the Speed of Bike in the cities of Atlanta, Los Angeles, Boston, and New York (where I even visited Alexander and Eliza Hamilton’s graves), and the twist on that line that comes to mind as I bear witness to cities-at-crossroads* everywhere is, “Who stays? Who goes? Who tells the story?”

I don’t take many photos of monuments and tourist spots. But I do take photos of a person’s life possessions (including, as usual, a bicycle) gathered and left by the trash because the swaying golden grasses on the edge of the oldest Victory Garden in the United States, on the banks of the Muddy River in the shadow of Fenway Park, burned to the ground and destroyed his or her “home.”

I do take photos of the last of the elderly during the final demise of Chinatowns; the use of art to express both outrage and opulence; and signs that define the fine line between legal and illegal loitering.

I do take photos of the hustle for a dollar and the quiet ways people in need holler. I do take photos of ableism, including one particularly egregious discrimination of a group of octogenarians I’ve been following but also in general, in ways you might not immediately recognize as such. I do take photos of missed opportunities as well as small steps forward in all aspects of sustainability. And I do, of course, take photos that show what it’s like to travel by bike, and why that’s not just nice but necessary.

I may not be able to have an impact on who stays or who goes. But I can tell the stories.

And I will continue to do so as long as I can.

* If these themes are of interest to you, you may also enjoy my book, Stranger Things Happen, about what happens when lives collide in a city facing the pain and pride of change, presented in 76 overlapping flash fiction stories inspired by original street photography. Oddly, I believe I am the only artist in the world creating at the intersection of fiction and photography. (If you’re more of a nonfiction person, don’t miss Traveling at the Speed of Bike.)