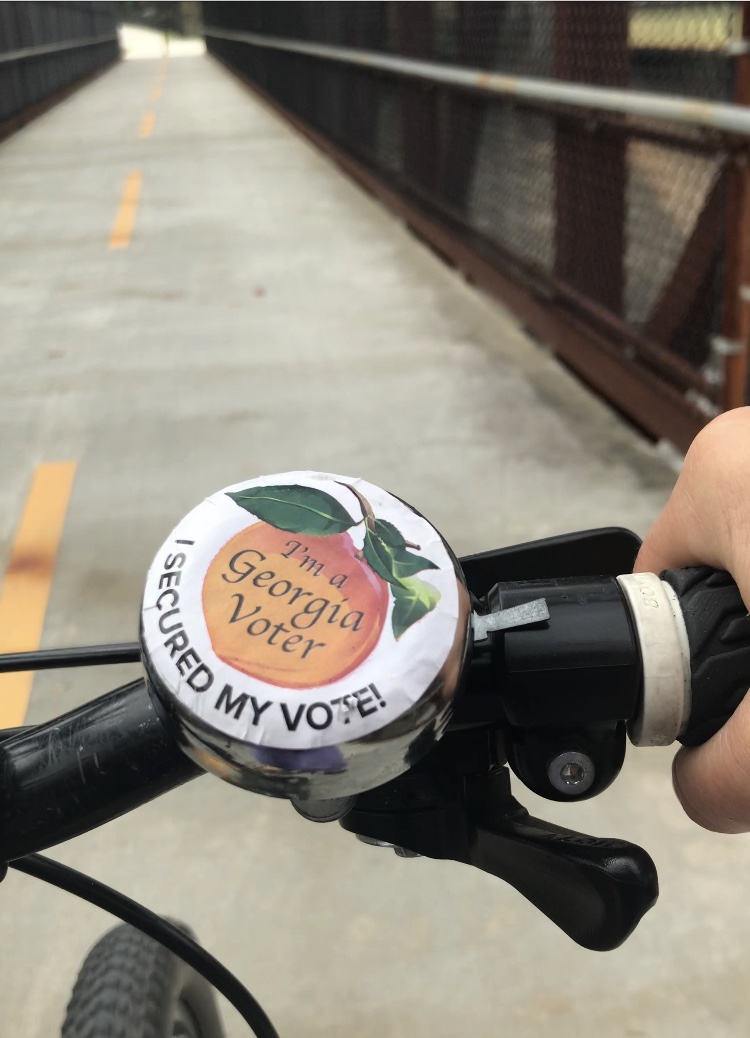 I was in the Metro-Atlanta city of Clarkston, Georgia (a city that serves as a resettlement location for refugees-of-war and is the most diverse square mile in the USA) when the news came out yesterday that the American people had selected a new president.

I had just left Thrift Town, the supermarket where folks from more than forty countries shop. Where grains and beans and spices from all over the world are sold, as are both single and double portable electric burners and family-size metal cooking pots. Where there’s a whole section of German chocolates and a free magazine by the front door named Balkan Journal, both as a result of the addition in the city in recent years of refugees from Syria and Afghanistan who had traveled the Balkan Route to refugee camps in Europe prior to their resettlement.

I bought a $1.79 bar of Milka and was unlocking my bike when a neatly dressed boy about eleven years old walked by, confidently barefoot. He said hello and I replied and it was all so very normal.

It was my fourth week in a row teaching bike skills to two girls who have been in the USA for six years now, originally from a country undergoing a genocide and more recently from a refugee camp in the country where I am supposed to serve in the Peace Corps (delayed due to COVID-19). They almost don’t need me anymore (the older one is ready to go places now, and the younger one simply needs to practice pedaling for awhile before she’s ready to learn more skills), but they asked me to come back again next week, so I will. I may work with them individually so I can meet them where they each are at a bit better. (Here’s what we had done prior to this week.)

I was thinking about all of this — the beans and the chocolate and the pots and the barefoot boy and the girls on bikes — and wondering about YT Bell, who was a Today’s Nice Stranger when we crossed paths here in Clarkston during a Black Lives Matter protest and who ran for mayor (did she win? I didn’t know), and Ted Terry who used to be mayor here (you may know him from a Queer Eye episode about him) who just got named a county commissioner. And then I crossed a bridge over the most dangerous highway in the USA on a path that connects Stone Mountain (just beyond Clarkston) with Downtown Atlanta and I heard the rumbling cars and trucks below blaring their horns.

And I knew, right there, right then, that in addition to all the routes the people of tiny Clarkston, Georgia have taken to get here to the Land of the Free and the Home of the Brave, we were now, together, crossing a new bridge in the United States of America.

Related: Here is my self-guided bike tour in Clarkston, if interested.