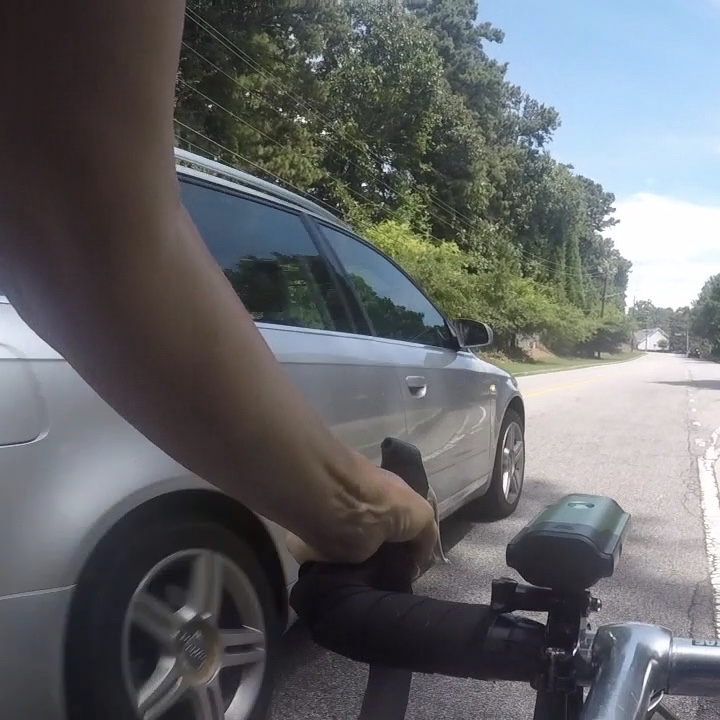 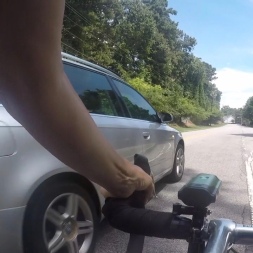 So after two years and eight months of use by me while Traveling at the Speed of Bike in a self-proclaimed family-friendly suburb-city in metro Atlanta named Dunwoody, BikeNoodle got hit for the first time. Here is the 4-second video capture, on a summer Saturday morning:

You can see my slight wobble as the bungee cord holding BikeNoodle snapped off my bike rack from the impact. This happened in the exact same spot* in my book years ago where I was almost killed by a passing truck. I was able to stop and fix it before the dangling cord would have snagged a spoke and toppled me. 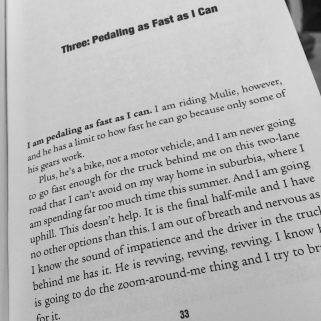 This road (Tilly Mill Road)  is the way to the city’s main park (where there is a Saturday morning farmers market**) and includes a community center, two places of worship, and a college campus directly on it, plus it connects to two elementary schools, a senior living facility, and a high school. There is no plan for a protected bike lane or multiuse path on this road, ever. (Here is my latest email to city hall advocating, yet again, for safe access.) (Here is the Dunwoody Woodline media release I created that you are needed to make happen.)

Shortly after this, I was riding on a road named Mt. Vernon Road, which is the only road to my home (and which connects shopping centers, neighborhoods, routes to schools and places of worships, the post office, transit stations, so many banks, and more), and found myself behind a man who appeared to be in his early 70s or so, perhaps just going home after running an errand at the drug store nearby. He seemed a bit unsure and uncomfortable and I stayed close so that he would get the coverage BikeNoodle usually offers, at least until the spot where I turn off. You can see that segment on my GoPro video capture here:

I hope he got home okay. I hope he wrote to city hall to demand better. I hope his voice is the tipping point that will help our city avoid the need for a ghost bike***. (If interested, see more videos of riding a bike in this city here.) 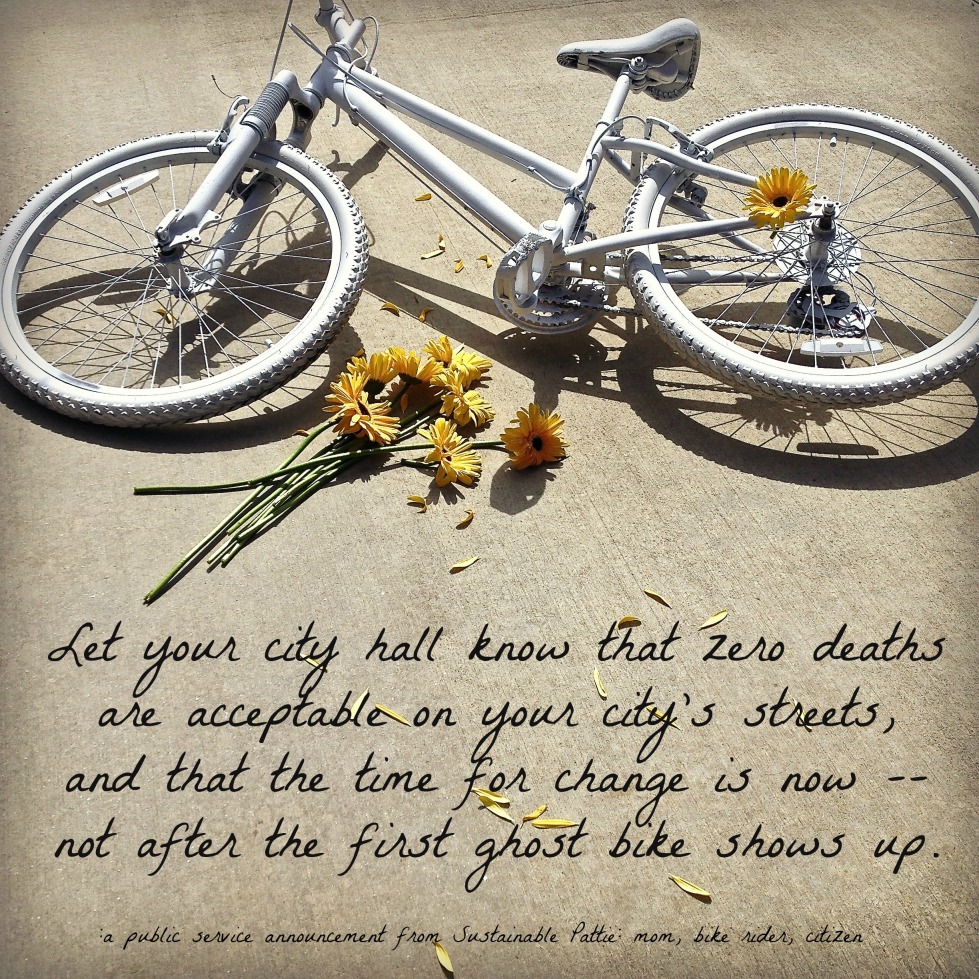 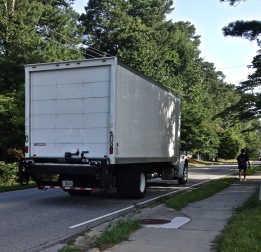 * this is the truck whose driver almost killed me, which is the story mentioned in my book.

** here is the entire 8-minute route on Mt. Vernon Road and Tilly Mill Road to the park to meet with my friend, Joe (who is considering a run for mayor) on a summer weekday mid-morning. That big truck at the :37 point is where the 70-year-old man was in the video above. Also, catch the size of the truck around 6:45:

Note that I did hear that the possibility of a multiuse path at the beginning of this route is back on the table.

*** as opposed to our neighboring city, Sandy Springs, where a driver killed a bike rider last week

UPDATE: I posted a link to this blog post on Facebook, and the following series of comments happened. I buff my Facebook wall every Sunday night so I can start fresh each week so I want to preserve this conversation here: