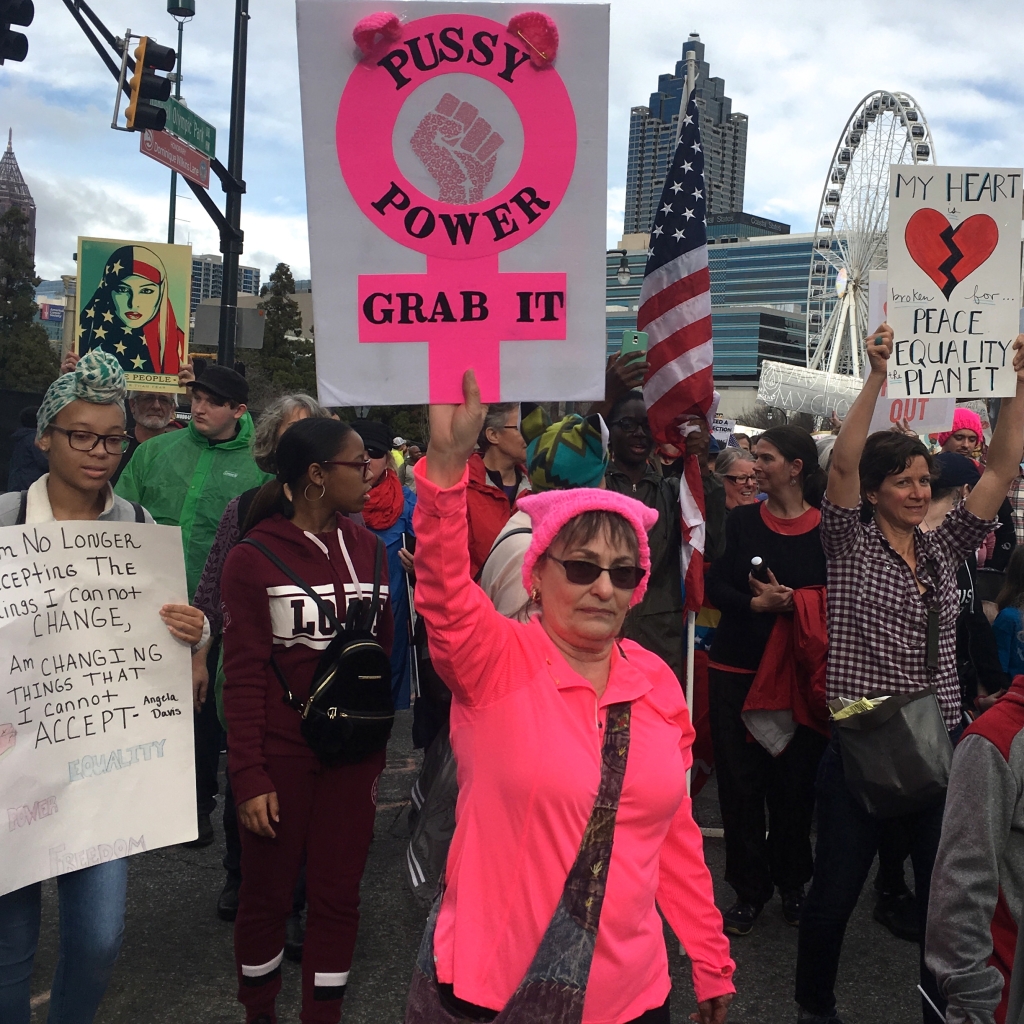 I bear witness as a street photographer, usually while Traveling at the Speed of Bike. I cover lots of topics, including protests (although I’ve only been to two very small ones during COVID-19). I was at a corner in Downtown Atlanta at the Women’s March in 2017, which collectively was the largest protest march in the world. Here is my photo album from that day. For today’s Flag Series featured photo, I chose one of only two in the album with a flag in it (if you don’t count one guy’s red and white umbrella).

Turns out I completely missed the memo that there were Women’s Marches yesterday across the USA. I don’t know if there were any in Metro Atlanta. I taught a bike class to two girls instead. Maybe I helped increase their freedom in some small way.